a few words about us

Classic Stone is a leading provider of kitchen worktops in the UK, we are specialist in granite, marble and quartz stones services. Our services and products aim to make your kitchen one of the best bespoke kitchens and just the way you would like it. Our services are not just restricted to providing you the best quality products but we also assist and manage all of the aspects of your requirements from beginning to end.

We combine Quality Workmanship, Superior Knowledge and Low Prices, We Can Ensure a Job is Done on Time and Within Budget

20 Years Experience and a Real Focus on Customer Satisfaction 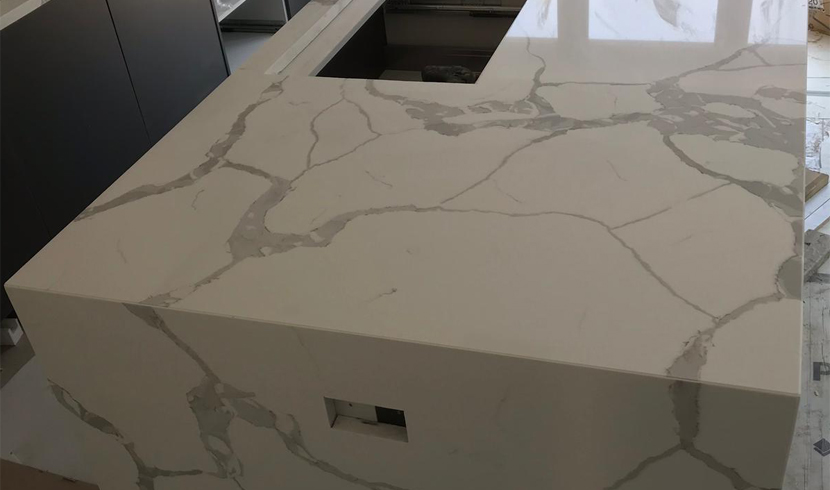 Kitchens are the heart of many of our homes and people love parting with their hard-earned cash to install and renovate them. According to JKMR, in 2017, more than 1.2 million new kitchens were installed into UK households. Also, the sales of fitted kitchens had increased by more than four percent to reach £6.73 billion, not to mention how, since 2010, the fitted kitchen products market has risen to almost £4.1 billion from £2.85 billion, which is a 43 percent increase. This is supported with research by kitchen appliance manufacturer Britannia Living. A huge 52 percent of those surveyed stated that their kitchen is the room that houses the costliest appliances. Perhaps this is unsurprising, with the average budget and spend for kitchen renovations in UK homes being between £8,100 and £11,700, according to the 2018 Kitchen Trends Report from Houzz. In fact, 18 percent of homeowners exceed the average by spending over £35,000. 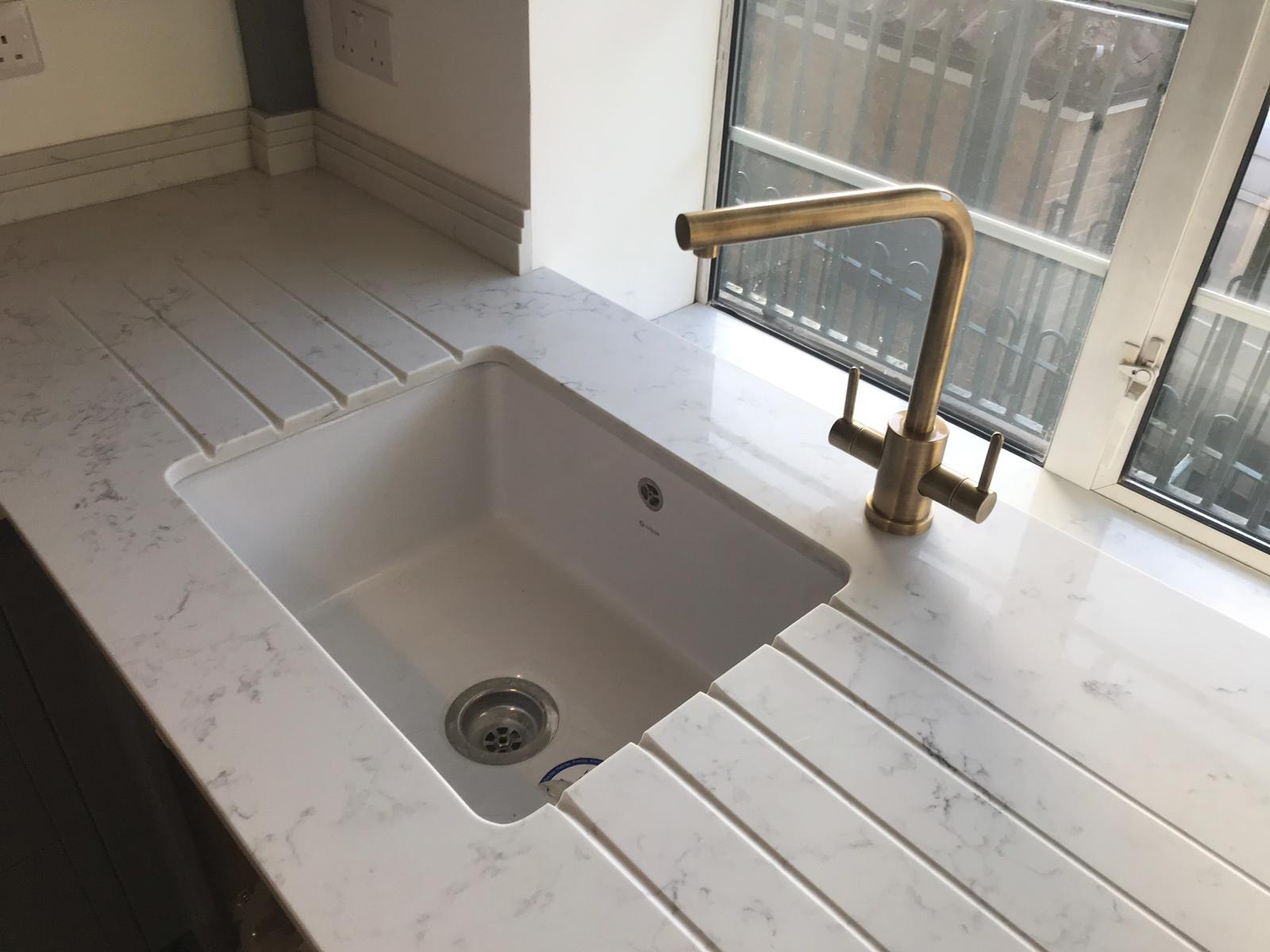 As far as home improvements are concerned, kitchens need a big budget, but in the long term, it will add value to your property. Changing the downstairs layout to achieve open plan living and kitchen renovations are in the top four home improvements that will add value to your home, and the trend looks set to continue. The 2018 Houzz Kitchen Trends Study UK has also revealed that 40 percent of those surveyed said their reason for starting a kitchen renovation was because they had recently purchased their home and wanted to make it their own. 33 percent that they have always wanted to but finally have the means to do it. 29 percent say they can’t stand the old kitchen. 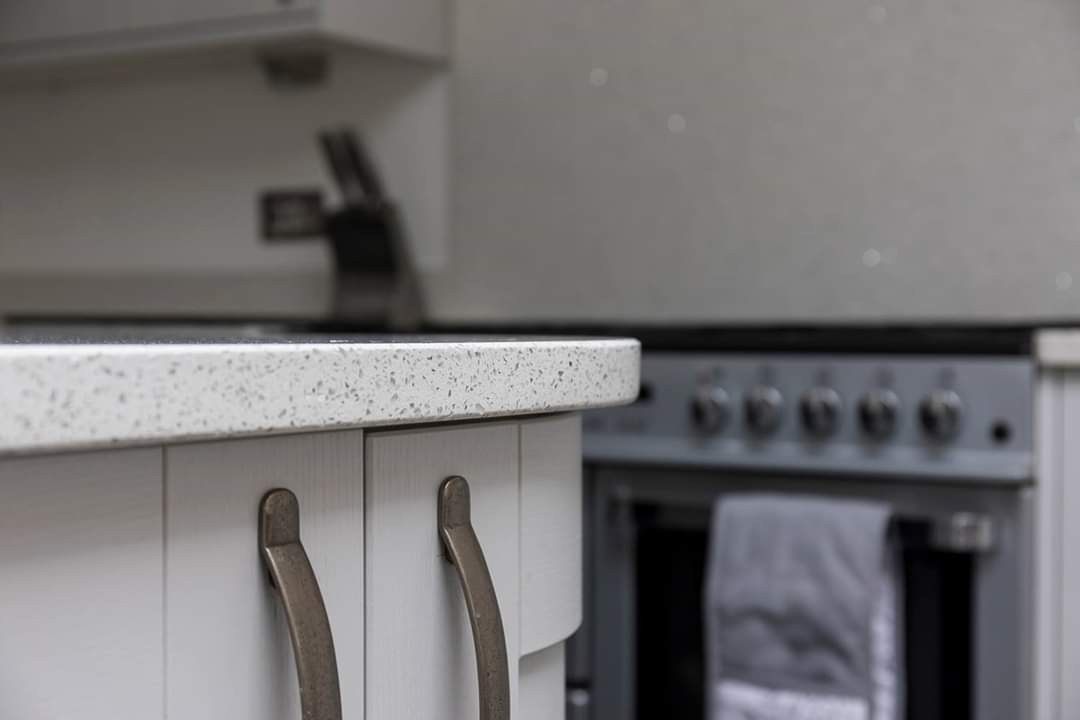 25 percent say that the old kitchen has broken down and become unsafe. 13 percent said that they are renovating to adapt to recent changes in family life. Seven percent said they were recently inspired to make changes and a mere three percent said it was because they wanted to sell their home soon and wanted to improve its resale value. The research also suggests that, when renovating our kitchens, 93 percent of us seek professional help; 69 percent hire tradesmen, 34 percent hire home builders and 24 percent hire cabinet makers.

Choosing the best countertop option for your bathroom or kitchen is tough, particularly with kitchens.
Choosing the right countertop with all of the alternatives on the market, like marble and granite is a challenge.

Quartz countertops have become popular with homeowners that are looking for a quality countertop upgrade.
Replacing your outdated counters with quartz can turn a nice kitchen into a stunning one. 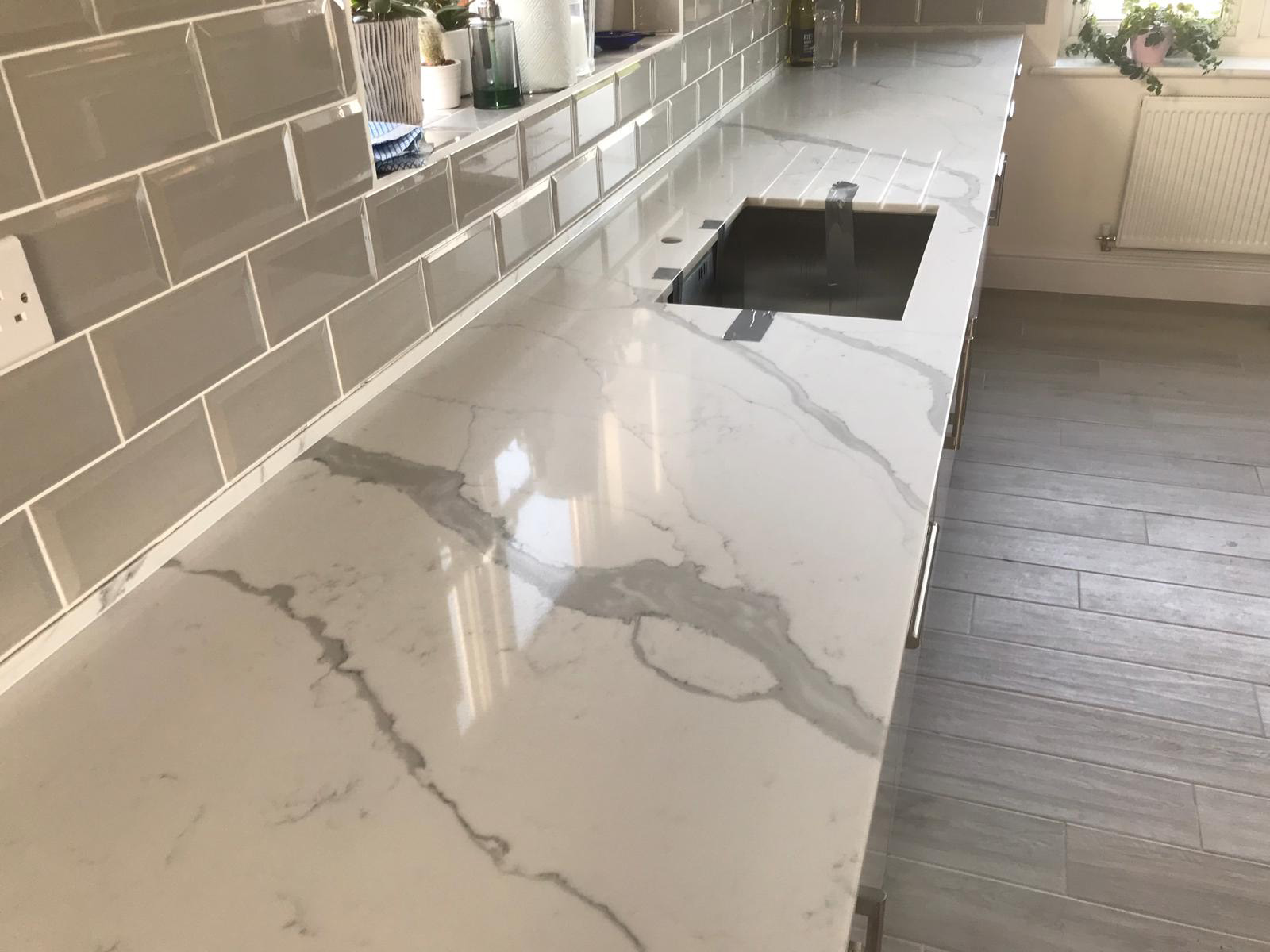 Where To Buy Quartz Countertops

You might be tempted to go to one of the big chain home improvement stores to purchase quartz countertops, but if you do, you’ll not only have a much smaller selection to choose from, odds are you will get a less-skilled contractor handling the installation.
Instead, take the time and do some legwork checking out local stone yards. Look for a place that handles the sale, design, fabrication, and installation all in-house. By using a company that handles its own fabrication and installation, you’ll be more likely to have skilled craftsmen handling your countertop renovation.
If something goes wrong, you’ll only have one company to deal with, not two or three, and if you use someone who has been in business for years, you can probably even ask to see samples of their work right in your hometown. 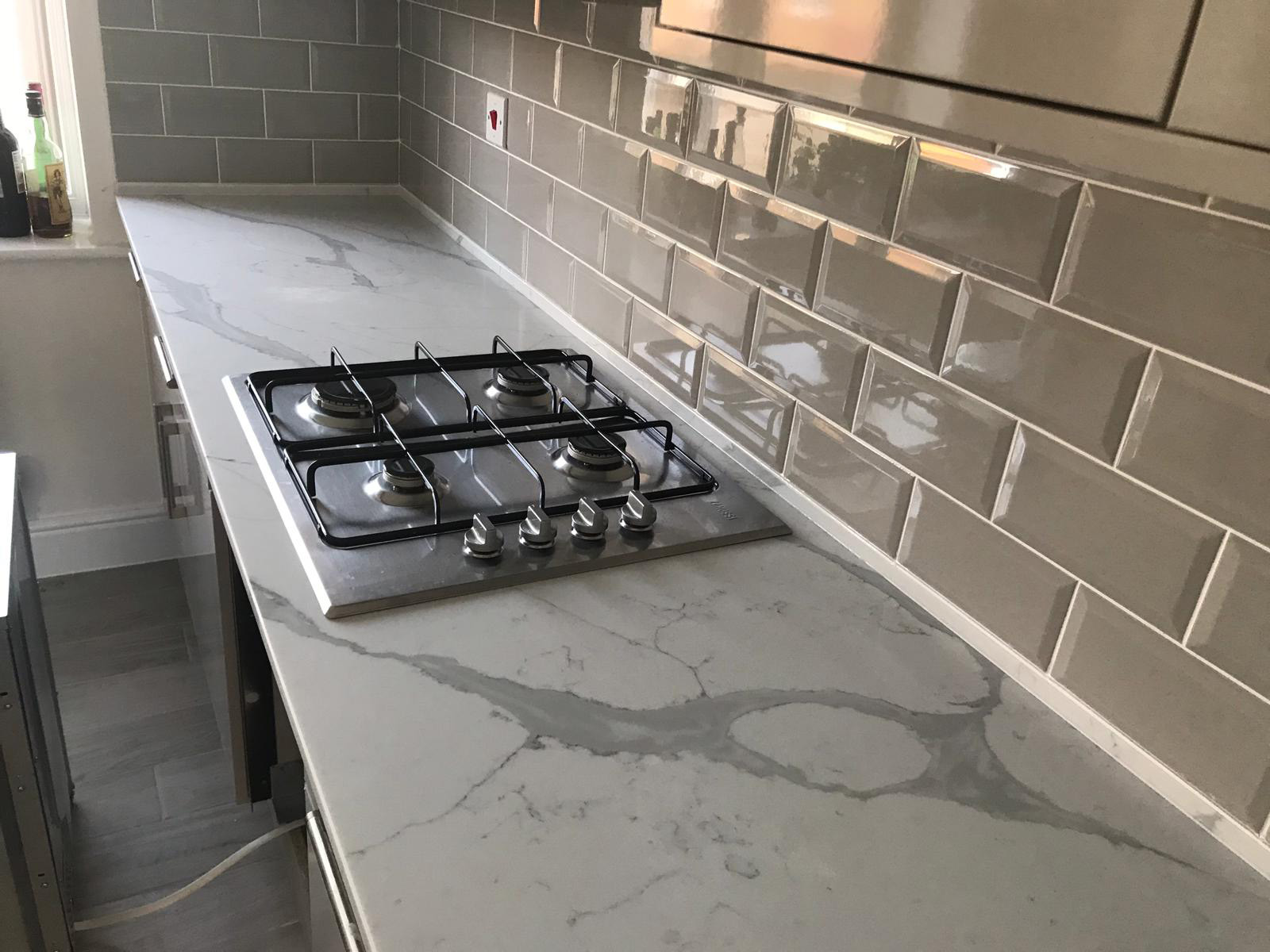 Avoid any place that tries to push one brand or style over another. You should feel no pressure to pick any other stone than one that you really want. Also, be sure that you see the actual slab of quartz before you buy it. Some places will show you a small sample, but the actual slab looks much different when you see the larger piece of it. Related: Silestone and Granite Both Make Great Counters But You Need To Understand This Key Difference If you can, use a local company. They’ll be able to show you where their stone comes from, give you examples of their previous work, and they’ll have less distance to travel to bring the finished product to your home, so it could save you some money on the installation costs.


How They Are Made

When you start shopping, you might be confused by its description as a ‘man made’ engineered counter. To create the slabs you see in stoneyards, manufacturers combine roughly 93% ground quartz with 7% resins, polymers, and colors. This combination allows for a huge variety of colors with the look similar to natural stone.
It's important to note that when manufacturers state their products contain 7% resin that they are talking about by weight. The actual volume of resin is much closer to 35% of the finished product.

Because quartz counters are made with a blend of stone and resin, the resulting surface is very hard, like granite, but also glossy and non-porous. The pattern depends on the texture of the stone used in the process. Coarser pieces of produce a flecked appearance, while smoother, finer pieces produces a more uniform color pattern. Different colors can be produced by adding different pigments during the manufacturing process. Most people prefer a more natural look, but some have vibrant color options that wouldn’t be found in nature.
Once you pick the slab that you want to use for your countertops, it is cut down to fit your design and fabricated to include details such as edging and cutouts for sinks and appliances. Because it’s such a heavy material, it’s best installed by professionals.

growth of stone market in UK

The value of UK stone imports has returned to an upward trend since 2012. There was some hesitation about taking projects live towards the end of 2015 and the first half of 2016 as the referendum in the UK on leaving the European Union approached. Since the result was announced that the UK was to leave the EU (Brexit, as it is known) after the vote on 23 June 2016, confidence seems to have returned to the market, even though the result was unexpected by most people.

Stone companies were busy in the summer and autumn of 2016. Many were also busy for much of 2017, as is clear from the figures now in (the graph below showing the long term growth in the stone market in the UK was added in July 2018).

According to data from HM Revenue & Customs (HMRC - the UK tax collector) there was a jump in the value of stone imports in August in 2016 following the Brexit vote, but this will reflect the increase in sterling prices being paid as a result of the fall in the pound following the referendum. However, importers and their customers had already been making significant changes in their buying patterns as a result of the economic crisis of 2008 (see graphs below).
According to the World Bank, the UK economy as a whole showed consistent growth since 2010 and greater growth for much of that time than seen in general in the developed world, due in no small measure to a rapidly increasing population. In the year to June 2016 UK population grew again by more than 500,000 to top 65million, with 335,600 of the extra people the result of net migration and, therefore, immediately economically active. 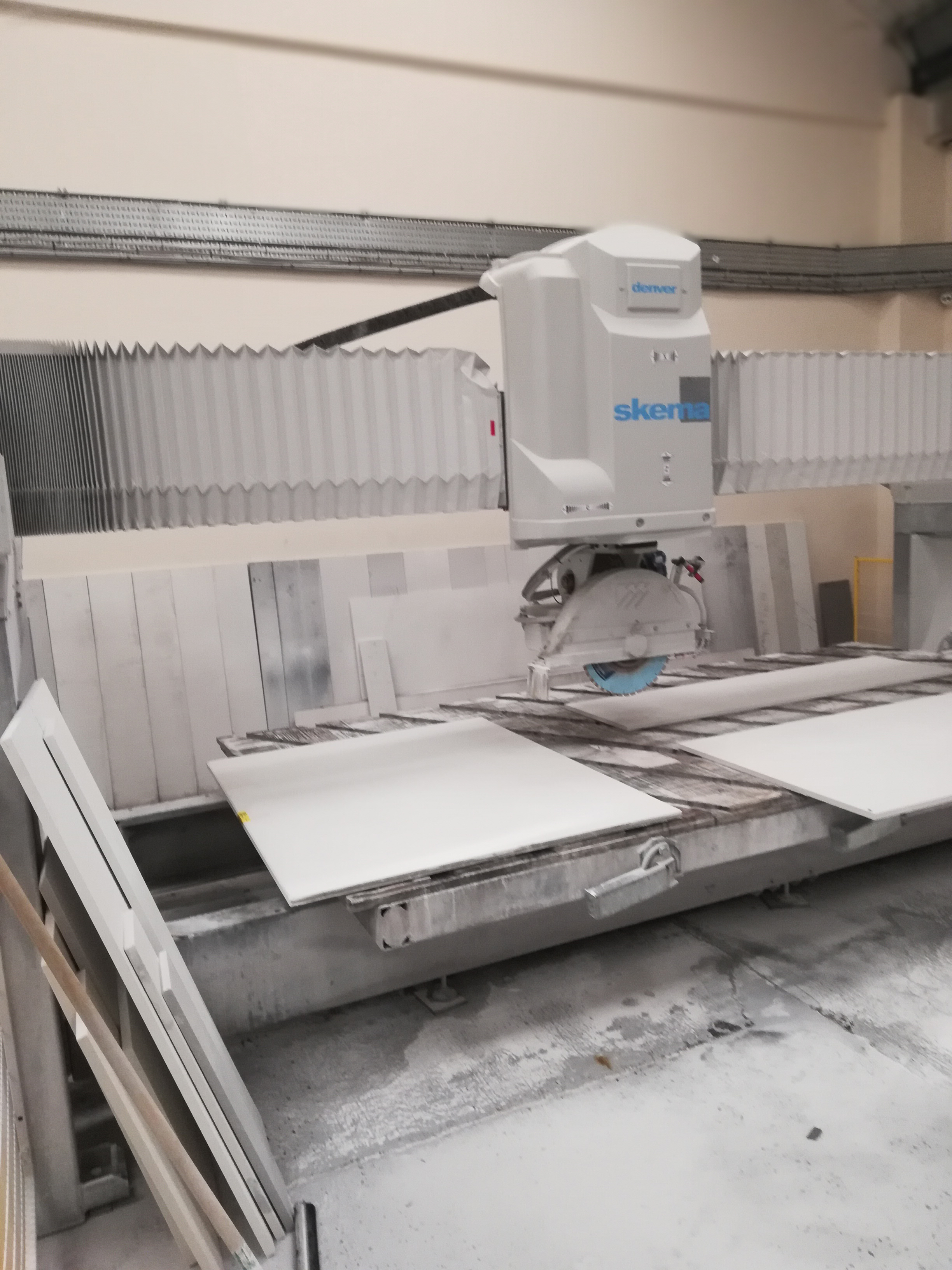 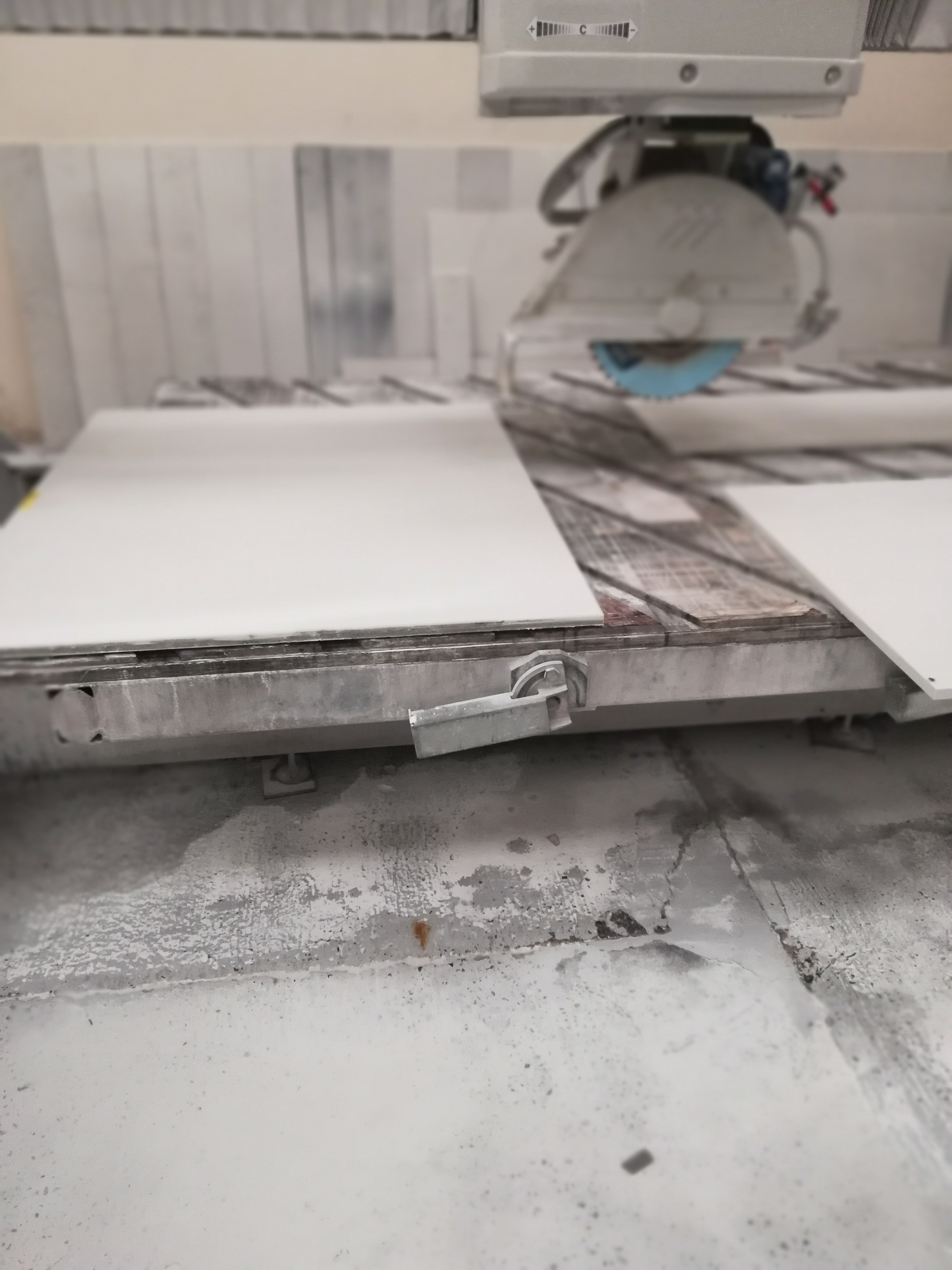 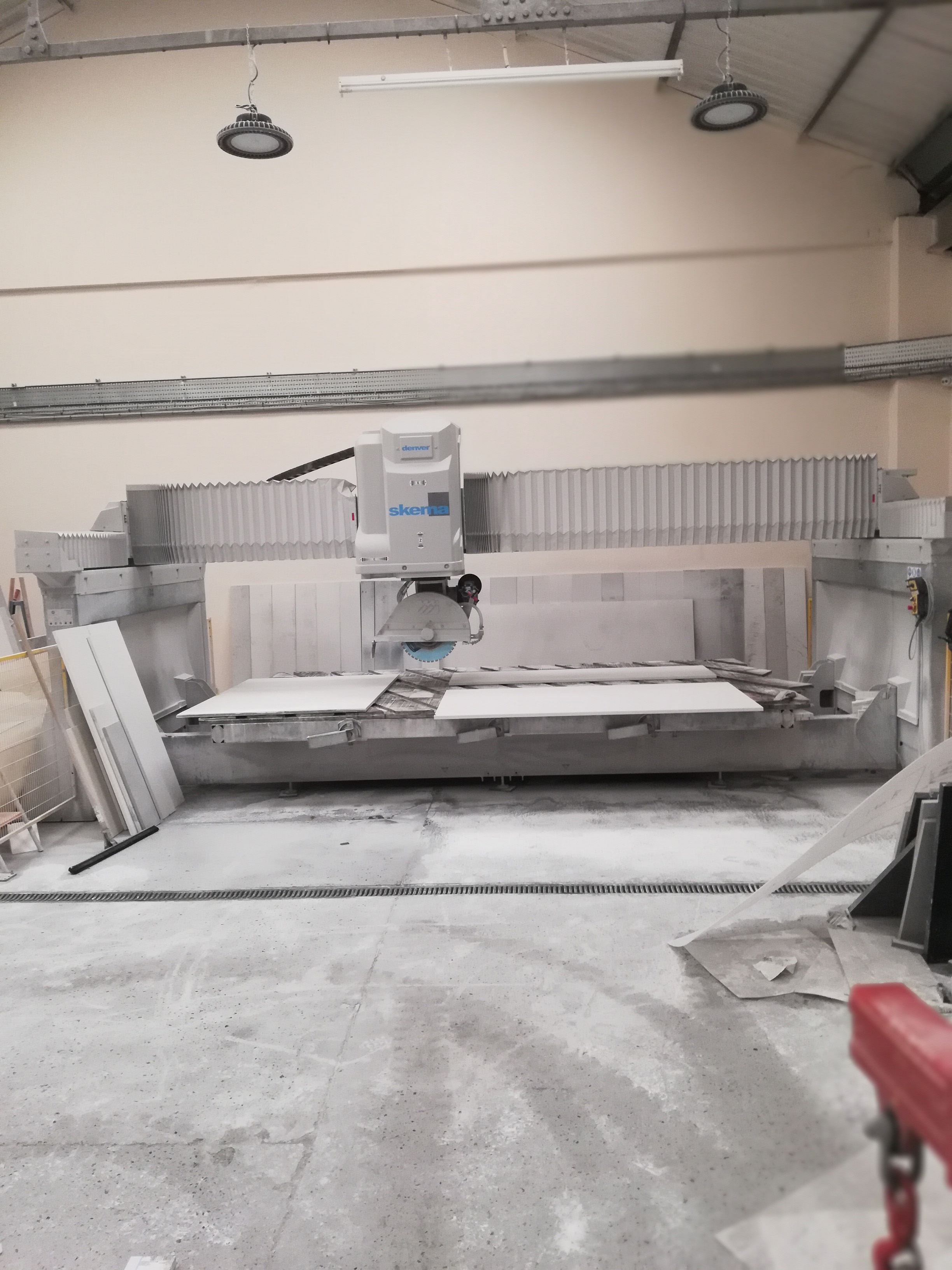 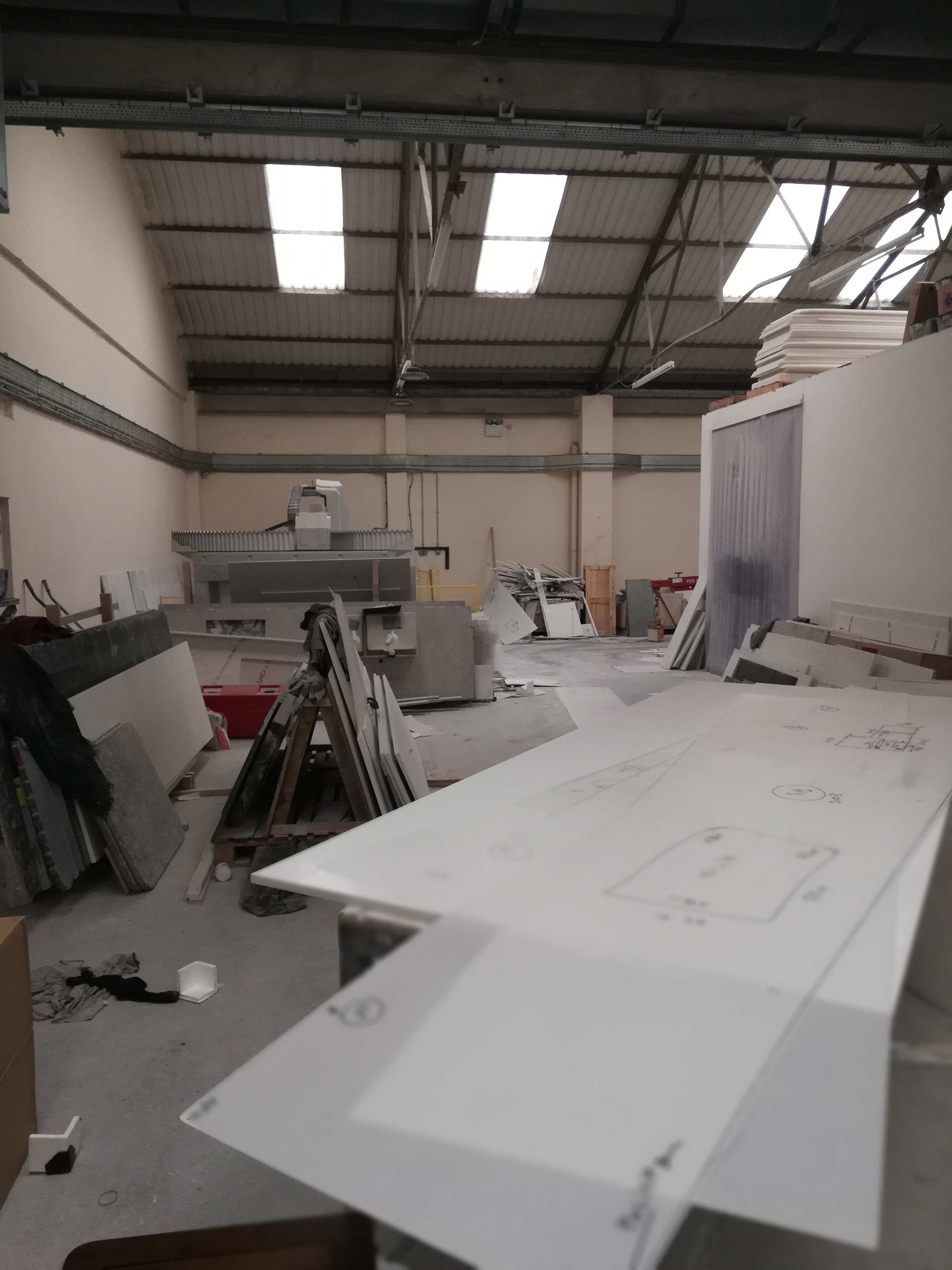 What you Need to Know Before Purchasing your Quartz Countertop. 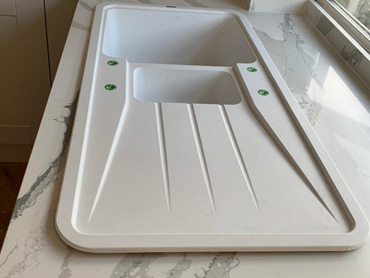 Very professional service, quick turnaround. Couldn't be happier with my new Quartz worktops. Highly recommend. Amazing guys with lots of experience and ideas. A pleasure to have in my house and my kitchen is now perfect.

From start to finish the service from Classic Stone was excellent. Being novices in knowing the difference in the quality of such a huge selection of Marble, Granite and Quartz Stones. We have relied on their excellent expertise to make our choices.

Overall I’m happy with the experience had with Classic Stone and would recommend them to all my friends and family.

I recently have done a refurbishment at my house and used Classic Stone to install my kitchen stone worktop. From my personal experience, I can say that everything has gone according to my needs. I chose Classic Stone as they’ve done a few of my friends' property and I was thrilled at how it looked. 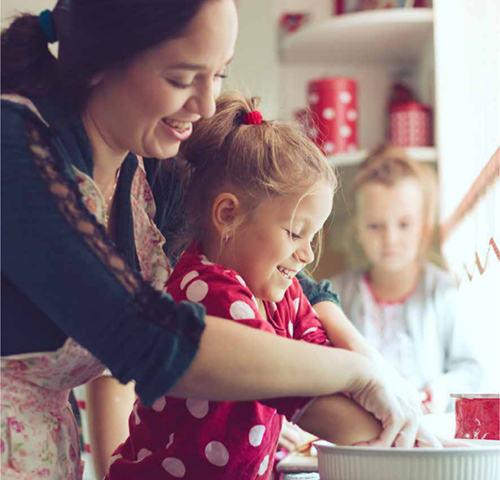